The Vancouver Arts Centre and Chronic-Ills of Robert Zimmerman

On Saturday night I played a solo gig in Albany, joined by Mike Hyder on violin for a number of numbers in the second set. He also plays in an awesome strings outfit called Crossbow, and they are just fantastic! They supported me for the night and we even have plans to do something together next time which is VERY exciting.
The gig for me was very inspiring and a little daunting and challenging. It was in a very special space and the sound was amazing with a full rig and engineered by a true professional, Mark. The audience was quite selective and very attentive and following the full sound of Crossbow, I was just crossing my fingers that they were going to like my songs. My family and Albany friends were there so I’m sure their support helped shape the mood on the night, but it was still a test to see if the majority of the audience left feeling happy with their Saturday night out, especially since they had paid quite a bit for the tickets. By the end of the night I was pretty sure that most people had had a great night, as there were quite a few nice parting comments, so that is fantastic!
It has really inspired me to tee up a few intimate events, starting in Sydney which I am really looking forward to… so I will post some details about these soon.
Coming up next is The Chronic-Ills of Robert Zimmerman which I am putting all my energy into now. Here is the link to show info and tix etc…
TRS webpage (recommended)
moshtixs

The Chronic Ills of Robert Zimmerman is a surrealo-absudist theatrical re-imagining of the life and weird times of folk-rock legend and pop cultural icon Bob Dylan. Written by award winning Sydney poet, playwright, journalist and kazooist Benito Di Fonzo, The Chronic Ills is a reverently ironic homage to the man born Robert Allen Zimmerman sixty-eight years ago this May 24.

We follow Bob/Robert as he begins his career by running away from home at ten, twelve, thirteen, fifteen, fifteen-and-a-half, seventeen and eighteen years old. Instructed by Woody Guthrie, he goes in pursuit of a holy grail of songs armed only with a fascist-killing guitar and a dream. Accidentally renamed Dylan in a New York public hospital, he then encounters, corrupts, jams and gets lost at sea with fellow icons Ginsberg, Lennon, Pound, Eliot, Joan Baez, Johnny Cash, Billy Bragg, and a hipster-Yiddish speaking Abraham Lincoln (to name a few).

The Chronic Ills of Robert Zimmerman is part of the Tamarama Rock Surfers 2009 ‘Late Sessions’ Season, and is in development with TRS’s ‘Early Sessions’ development Program. 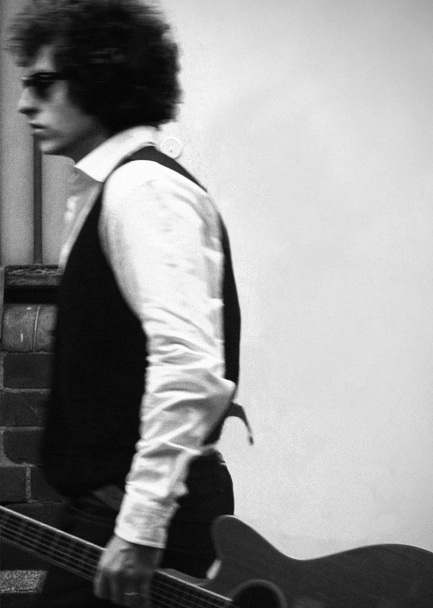